CATRA members were saddened by the January 5th passing of Don Blythe who had served as Chair of Tire Stewardship BC (TSBC) since 2007.

Prior to joining the CATRA member as its board Chair, Don had a long and successful career in the tire retail sector that began in 1957.  He started his journey as an employee with Goodyear and in 1983, after many years as an OK Tire franchisee, was named its president – a position he held for twenty years.

Don also served as president of Western Canada Tire Dealers (WCTD) from 1995 to 1997 and was named to its Hall of Fame in 2008.  He was further honoured as an inductee into the Tire Industry Association (TIA) Hall of Fame in 2010.

Over the course of his career, Don contributed his time and knowledge to the development of several scrap tire recycling programs in Canada, particularly British Columbia’s.  His involvement in the work required to transfer the provincial program from a government-run to an industry-run model was significant in achieving that goal in 2007.

Over the years, Don was active on several CATRA committees and at the time of his passing, was a key member of the Management Committee and the Best Practices and Compliance Committee.  While he frequently referred to himself as just a “tire kicker”, Don was much more than that to CATRA’s members and he will be sorely missed.

A long-time resident of Surrey, B.C., Don is survived by Laura, his wife of 54 years. 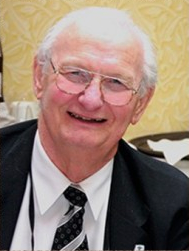