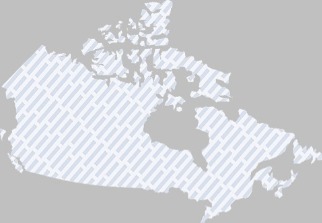 As a new decade begins, the Canadian Association of Tire Recycling Agencies (CATRA) reflects on the immense strides made in Canada’s tire recycling industry since the first provincial program launched in 1991.

Over the past three decades, CATRA’s members have focused on building a robust tire collection and recycling sector.  Annually they now collect and recycle over 450,000 tonnes of tires, diverting 100 per cent of the provincially regulated tires away from landfills.  This is achieved through relationships with numerous scrap tire processors and manufacturers located across the country.  In 2018, approximately 60 per cent of collected tires were processed into high value products such as rubber crumb and molded rubber.  The remaining 40% of the material was processed primarily for industrial applications.

“Our members have taken a product that was once considered waste and successfully turned it into everything from recreational surfaces to new products for the automotive and manufacturing sector” said Bob Ferguson, Program Manager of CATRA.  “Used tires now have a long life after they leave a vehicle.”

Where it all Started

In the 1990s, provincial governments faced the important challenge of designing effective strategies to ensure the proper management of scrap tires in their jurisdictions.  Following consultations with participants of the existing industry, Canada’s foundation for sustainable tire recycling began with the introduction of tire legislation in British Columbia and the launch of its program in 1991.  Manitoba and Alberta followed in short order and by 2000, all provincial programs were well underway except Yukon (2003) and Ontario (2009).

In 1999, the provincial programs recognized the value of information sharing and CATRA was established as an informal organization to facilitate cross-country discussions and an annual meeting on matters of common interest.  In 2018, CATRA was formalized as a joint venture, reconfirming its vision of a strong partnership that is committed to a clean environment by enhancing value for its members and creating a sustainable, positive value for end-of-life tires in Canada.

Contributing to the New Economy

CATRA’s members have effectively turned what was once a wasted resource into an economic asset.  Beyond the positive effect on Canada’s environment, members are impacting the national economy through a combined annual investment of over 160 million dollars which, in addition to jobs, supports contributions for community grants, research and development and consumer education.

Tire recycling in Canada has also been a factor in shaping industries in the areas of crumb rubber, molded products, tire derived aggregate and tire derived fuel.  These industries help ensure that end-of-life tires contribute to the economy through the development of new products that are marketed both domestically and abroad.

CATRA and its members have restated their commitment to evolve as they continue to pave the way towards a sustainable industry that benefits all Canadians.